How did you learn about the project?

“Initially I wanted to do a project on retrofuturism – the idea of what people in the past thought the future would look like. The era of The Jetsons: that midcentury image of the future. I was searching for a character in that milieu and found Athelstan Spilhaus and his comic strip Our New Age. I knew there would be good visuals, but I didn’t discover a story in his strips.

When I dug deeper into Spilhaus’ biography, I found that he was a scientist, an inventor, and had been the commissioner of the 1962 Seattle World’s Fair. That made him a very compelling character, as well as a very outspoken individual. And when I learned about this plan for the Experimental City in Minnesota (MXC), the state where I was born, that drew me in: what is the Minnesota Experimental City?”.

Why was it so intriguing?

“Firstly, it had a captivating sounding name. And the deeper I got into the specifics of the city and the kind of problems that they were trying to solve, the more I fell in love with the story. And once you see all the other folks involved in the project like Buckminster Fuller, I thought: unbelievable I never heard of this. But there were many people who didn’t know about it. Most people in Minnesota hadn’t.

The project captures the much of the spirit of the 1960s and a specific vision of the future: the idea that a technological approach would lead to a better future. But it wasn’t specific to MXC. It was generalized throughout society. A great example is Walt Disney’s vision for EPCOT, which was strikingly similar to the MXC project.” 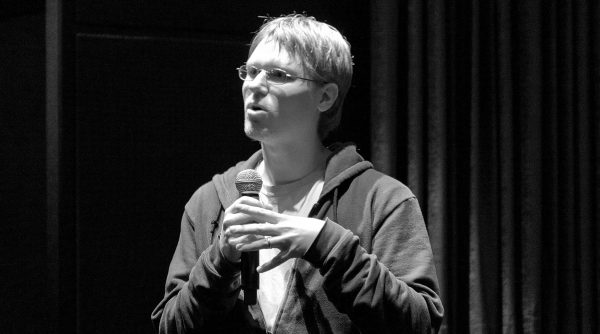 Were you surprised to find all these modern techniques like self-driving cars in a more or less similar form in the MXC?
“The MXC had a dual-mode guideway, which is an electrified track, like a metro, that individual cars that can enter and exit. But the cars themselves can also drive on typical streets. So they are dual-mode: both street- and rail-ready. That sounds a little archaic compared to our present-day self-driving cars, which are more reliant on intelligent-computer processes.  I thought it was a really old-fashioned idea, but Elon Musk’s current proposal for a transportation system in Los Angeles with The Boring Company is a dual mode guideway system. It admits cars onto a track and takes them wherever they want to go. It’s automated and takes out the human element.

Songdo, in South Korea, uses similar waste management systems that the MXC would have had. Each time one of these news items pops up about a project that is similar to the MXC, it is always surprising. I’m sitting there reading, like: ‘Oh my god I can’t believe it – that is almost identical to what they were talking about with the MXC, and that was 50 years ago!’.

The idea of urban experimentation was a very popular idea during the 1960’s, and that wasn’t necessarily the case in the years following MXC’s demise. We’re seeing a rise in that kind of thinking in certain planning circles, for better or worse. often using the same language: “urban laboratory”, “experimentation.” These words that people started to fear by the end of the MXC project, are now proudly used proudly – that they’re needed to create a better future. The MXC itself was a dead end, but generically the spirit carried on.”

What happened to Athelstan Spilhaus?
“He went on to other projects. He began focusing on sea cities – both cities built on top of the sea, and underwater. And he really got into toy collecting. His scientific career was already waning at that point. In many ways Spilhaus’ approach to social and urban issues had seen better days. The mentality of top down expertise, and his visions based on this, became suspect to many people.

Spilhaus became a scientific spokesman and became the head of a large scientific organization for a couple of years. He became an elder statesman for a certain kind of science.”