After five days of a successful AFFR 2017 we can conclude that we’ve pushed the limits of our festival further than ever. Thanks to our enthusiastic visitors and thanks to all international guests, filmmakers and professionals we’ve enjoyed a great celebration on film, city and architecture. 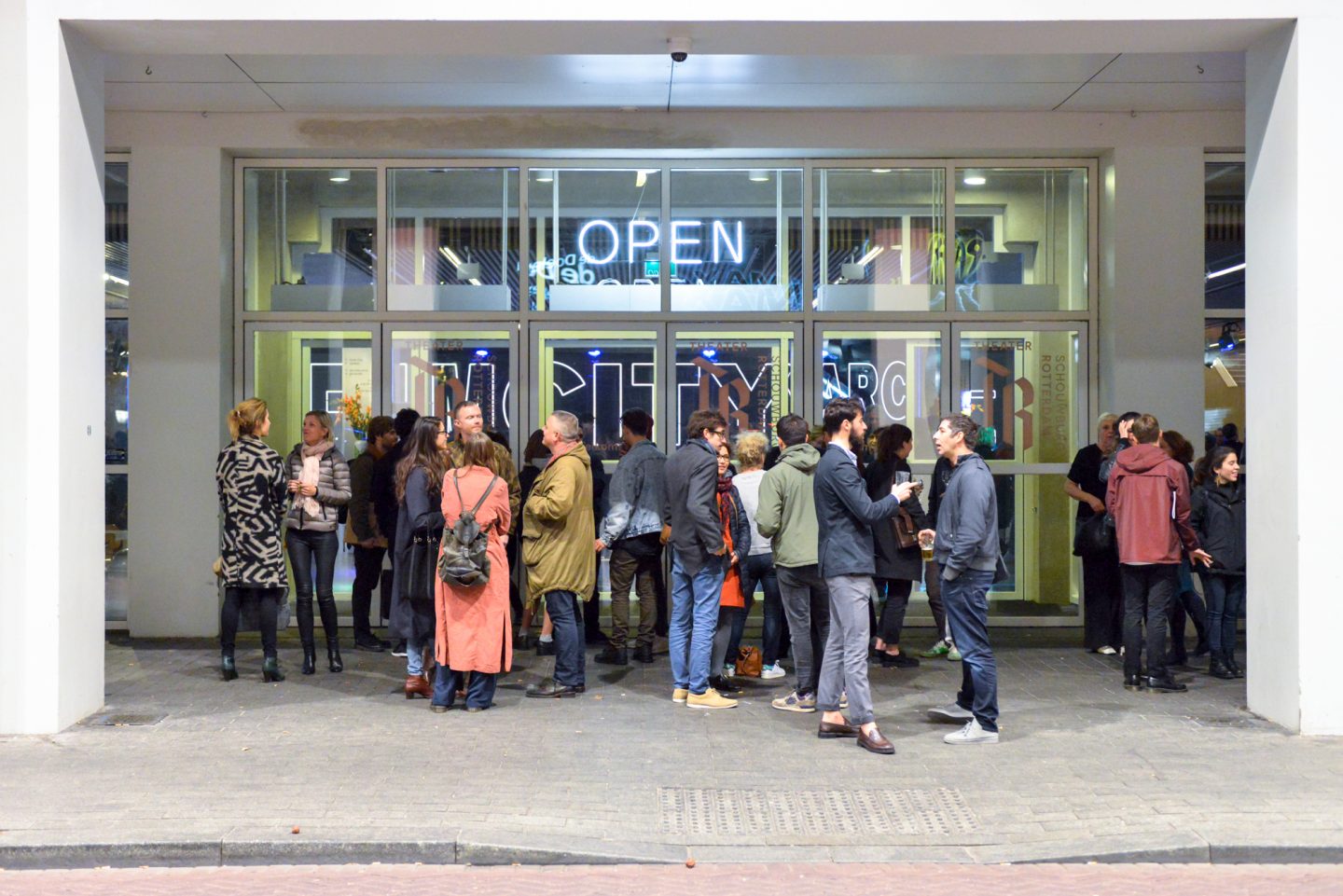 There is a sense of a general appreciation for the wide variety in our programming as it showed an overall and broader orientation of architects and urbanists in a globalizing world. With our main theme, City for Sale we’ve focused on a hot topic that concerns politicians, citizens and urban planners. On Thursday, we addressed the theme in the opening debate in cooperation with Goethe Institute, followed by a screening of the urgently relevant film Die Stadt als Beute.

Our College Day with introductions from specialists from six academies and universities had such acclaim that we decided to develop this even more in our festivals to come. Many thanks to our partners for choosing AFFR as a platform for discussion and debate on topics addressed in film: IABx with a full house of cultural decision makers, Stroom Den Haag with a great debate on urban adventure playgrounds, Vereniging Deltametropool with an interesting debate on the Art of Recovery, Archiprix International presenting a film on young talent, Platform GRAS, organizing a two day satellite festival in Groningen and Stichting Hoogbouw with Nanne de Ru from Powerhouse Company presenting some spectacular plans.

A sold out and very lively Opening Night at Theater Rotterdam with Cholet, a film that caused many discussions, the AFFR Secret Preview, a Work in Progress, a sold out Best of AFFR Sunday afternoon by Architectenweb and a full house at the Closing Concert KOYAANISQATSI by GoGo Penguin, it was all there.

Not to forget our yearly King Kong business event with 160 guests, who faithfully support our activities.

Nationally and internationally AFFR 2017 has set a standard in the debate on film, city and architecture. We are very happy that our work is appreciated by our many visitors, partners, followers and fans. Where would we be without them?

We made a major decision to move from a biannual into an annual festival. So save the date for the 10th Architecture Film Festival Rotterdam: 10 – 14 October 2018!