The upcoming AFFR 2022 will be the last festival under the stewardship of festival director Joep Mol. “Having had the pleasure of organizing seven of the fourteen editions of the world’s largest film festival about the city and architecture, I think it’s time to hand over the baton to the next generation,” comments Mol. 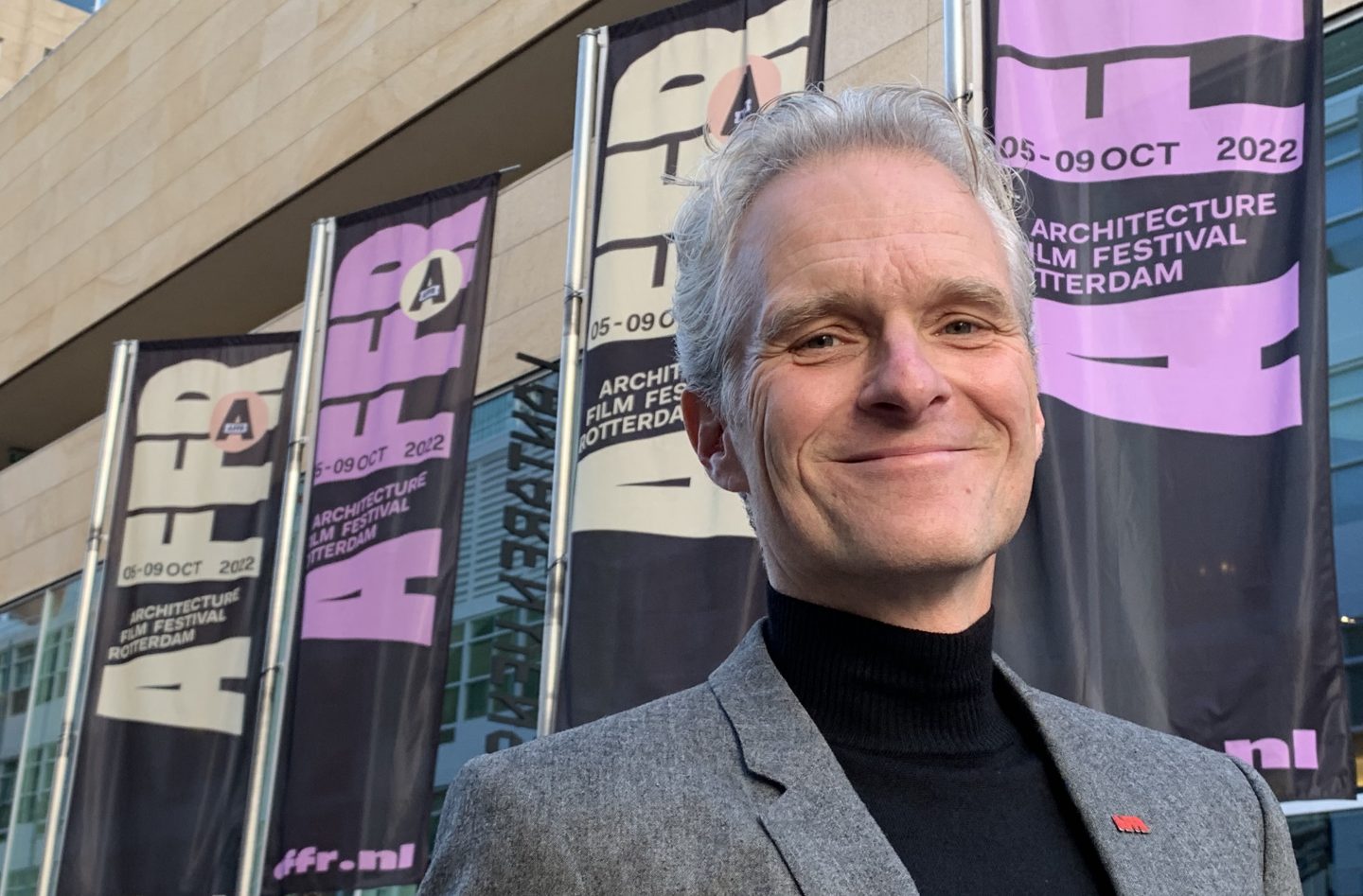 “It’s going to be a fantastic festival: we’re presenting a varied film programme that explores in a gripping manner on many of the challenges facing society today. This festival was prepared by a rock-solid and fun team of programmers, film technicians, marketers, communications specialists and production assistants. More than ever before, we are working intensively with a whole range of programme partners on special events, screenings and discussions. We are welcoming more than 50 filmmakers from all over the world to the festival, as well as a similar number of renowned speakers and discussion panellists. We are fostering talent development through masterclasses, the Film & Architecture Studio and the AFFR Film Forum. A broad, varied and above all increasingly young audience come to the festival every year. And if we may believe the figures, next week we’re going to easily match the peak year of 2019 in terms of visitor numbers. During the resounding opening party at Theater Zuidplein on 5 October, we’re going to raise a glass to the future of the wonderfully strong brand that is AFFR!”

Joep Mol first became involved with the Architecture Film Festival Rotterdam foundation in 2011 as a board member. He left that position in 2015 to become managing director, alongside the then director Wies Sanders, and in 2016 he became general director of AFFR. Together with curator Jord den Hollander, he worked to substantively broaden the programming and increase the audience scope. In 2017, the biennial festival became an annual event. The festival also developed an increasingly solid financial basis, thanks in part to the establishment of the King Kong Business Club. The organization became progressively more professional, and the programming continued to become more diverse and wide-ranging. All that has resulted in a fast-growing, international, culturally interested audience. A new director will commence work on 1 January 2023.