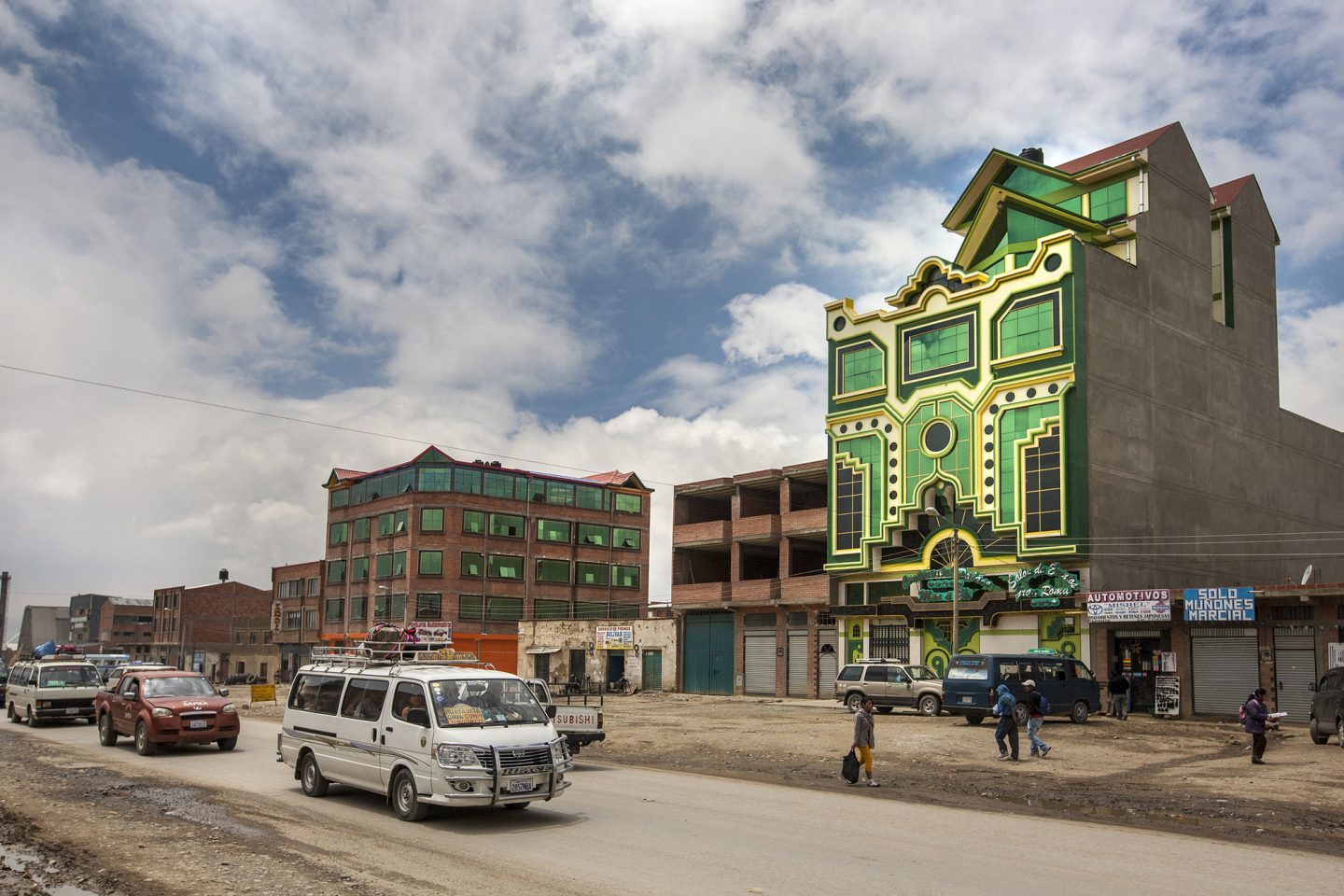 The opening film of AFFR 2017 has been announced. On Wednesday 4 October, AFFR kicks off the ninth edition of the festival with the world premiere of the cheerfully colourful architecture film Cholet: The Work of Freddy Mamani by the Brazilian director Isaac Niemand, about the astonishing buildings by Bolivian autodidact Freddy Mamani. The opening takes place at Theater Rotterdam (Schouwburg), starting at 20:30, in the presence of Mamani and the director Isaac Niemand himself. The film will be followed by the spectacular AFFR Party in the foyer.

For the past fifteen years, self-taught architect Freddy Mamani has been working on his ‘Cholets’. With their hallucinating colours and unruly baroque forms, the buildings appear as striking objects in the unremarkable landscape of El Alto. Mamani has already completed more than sixty of them, and the phenomenon is grabbing the attention of people around the world. Are the Cholets exotic extravaganzas or expressions of authentic architecture? With this high-spirited film, AFFR takes viewers to Bolivia for a unique introduction to Freddy Mamani, the ‘Gaudi of the Andes’!