From 10 November until 5 January, the second Film & Architecture Studio takes place online. We are happy that the course by AFFR and Independent School for the City can continue in this way. The online studio is organized around a series of zoom meetings, stretched over a period of two months. Through bi-weekly meetings and conversations with various cinematic professionals, we’ll explore framing as a way of looking at the city, talk about the main principles of storytelling, and dive into the use of scenarios as a means to structure and relate different elements to develop a certain narrative. 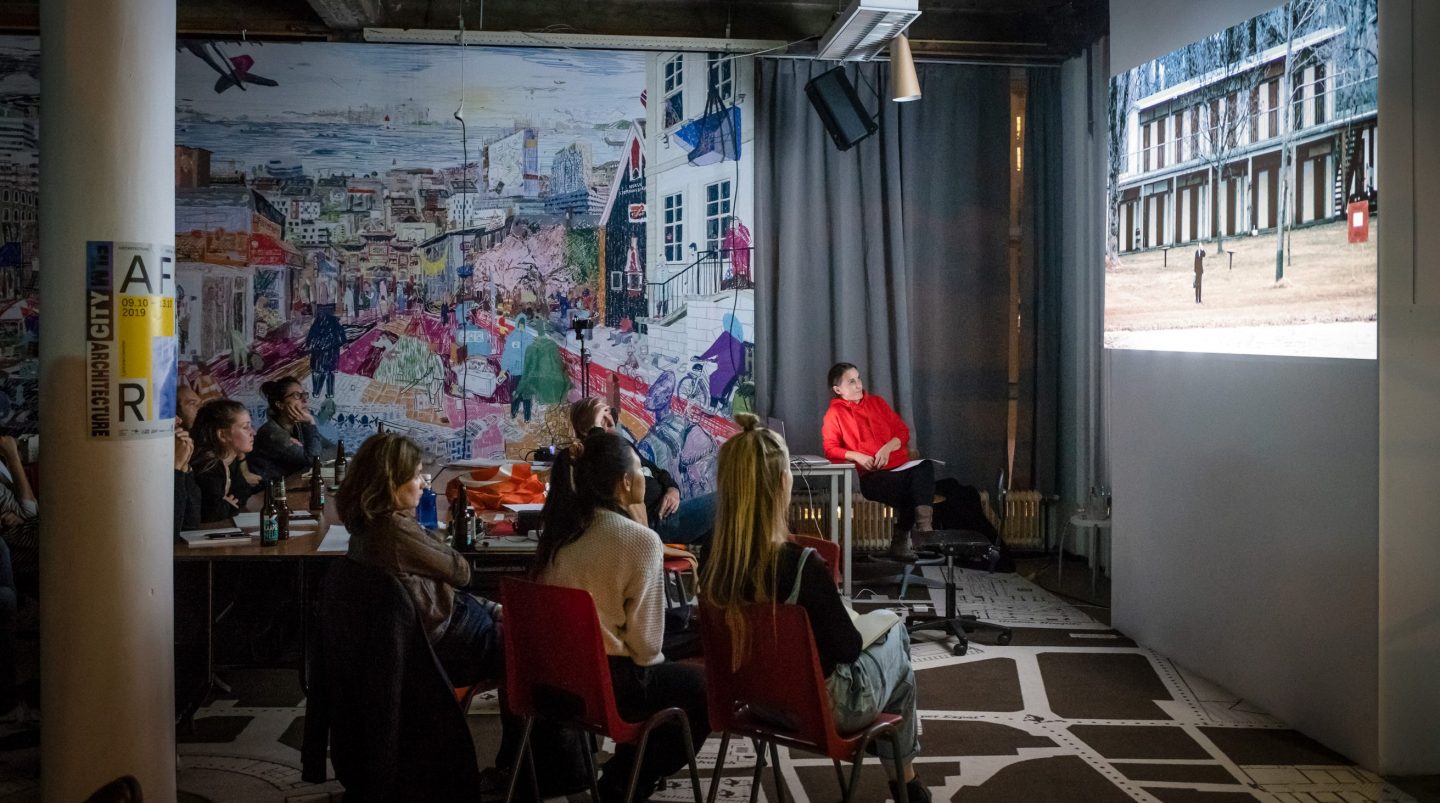 The Film and Architecture Studio offers a comprehensive method to use cinematic language in architecture and urban design. It is a hands-on studio that focuses on learning and understanding the narrative of filmmaking as a way to explore the built environment. Participants in this course are introduced to the essential elements of filmmaking and learn how to relate these to architecture and the city. The focus of the studio is not so much on the technical aspects of filmmaking and post-production, but rather on film as a way to structure your thoughts and to turn your findings into a gripping story.

The online studio is organized around a series of zoom meetings, stretched over a period of two months. Through bi-weekly meetings and conversations with various cinematic professionals, we’ll explore framing as a way of looking at the city, talk about the main principles of storytelling, and dive into the use of scenarios as a means to structure and relate different elements to develop a certain narrative. Taking the current situation of the coronavirus as a starting point, participants are asked to produce a short film of 3 minutes, exploring our personal experiences concerning the space we live in: isolation, distance, closed off in our houses, separated in the streets. The course includes online lectures by architect and curator Jord den Hollander, filmmaker Hans Christan Post and Director of Photography Erik van Empel. All results will be brought together at the end of this course and presented on screen in Rotterdam.

The Film & Architecture Studio is organized by the Architecture Film Festival Rotterdam and the Independent School for the City. The studio is open to students and (young) professionals in the fields of architecture, design, cinematography and other urban studies. Although it might be useful, the film and architecture studio does not require an advanced experience in filmmaking or special equipment like cameras or editing tools. All recording tools are welcome, but a smartphone and laptop would work as bare essentials.

After having finished his master’s in architecture at the Technical University of Delft, Jord den Hollander followed a course in scenario writing at the Filmschool in London. Throughout his career he has often combined both disciplines. He has made documentaries about art and architecture, has written and directed internationally acclaimed television series for children about art and science and is curator of the Architecture Film Festival Rotterdam (www.affr.nl), the world’s biggest architecture film festival, which he co-founded in 2002. In addition, he has designed a unique oeuvre that includes an architecture centre for children in Almere, a mobile kid’s library, a floating hotel and a tensegrity bicycle bridge.

Erik van Empel
Erik van Empel is  director and cameraman who’s worked on an extensive amount of documentaries in the Netherlands, Turkey, South Africa, Zimbabwe, Zambia and Angola. Van Empel currently works on a documentary series together with journalist Tom Kleijn during which they return to disaster spots all over the world. From London and Genoa to Paradise and Fukushima and – in our own country – Enschede. They examine how the local community continued when the media attention faded. The series shows the resilience of people who went through the unimaginable.

Hans Christian Post
Hans Christian Post is a writer and filmmaker. Having a PhD in Modern Culture from the university of Copenhagen his main field of research is cultural and urban memory. With Dresden and Berlin as primary cases, he has written extensively on the intertwining of city planning, building preservation, memory, and history politics

Since 2014, he has worked independently as film maker and producer. In 2015, he finished his first documentary, Last Exit Alexanderplatz, which was followed by Whose city? in 2017. The theatre film We are here came out in early 2019, and later that year, he completed Where to with history?, his fourth film to date. This film will have its Dutch premiere in October at AFFR 2020.