The Architecture Film Festival Rotterdam (AFFR) was established in 2000, and the foundation organized its festival the same year as the first architecture film festival in the world. Festivals also took place again in 2001 and 2003. In 2007 AFFR made a fresh start after a few years of silence. In 2009 the event expanded significantly in terms of visitor numbers and programming. 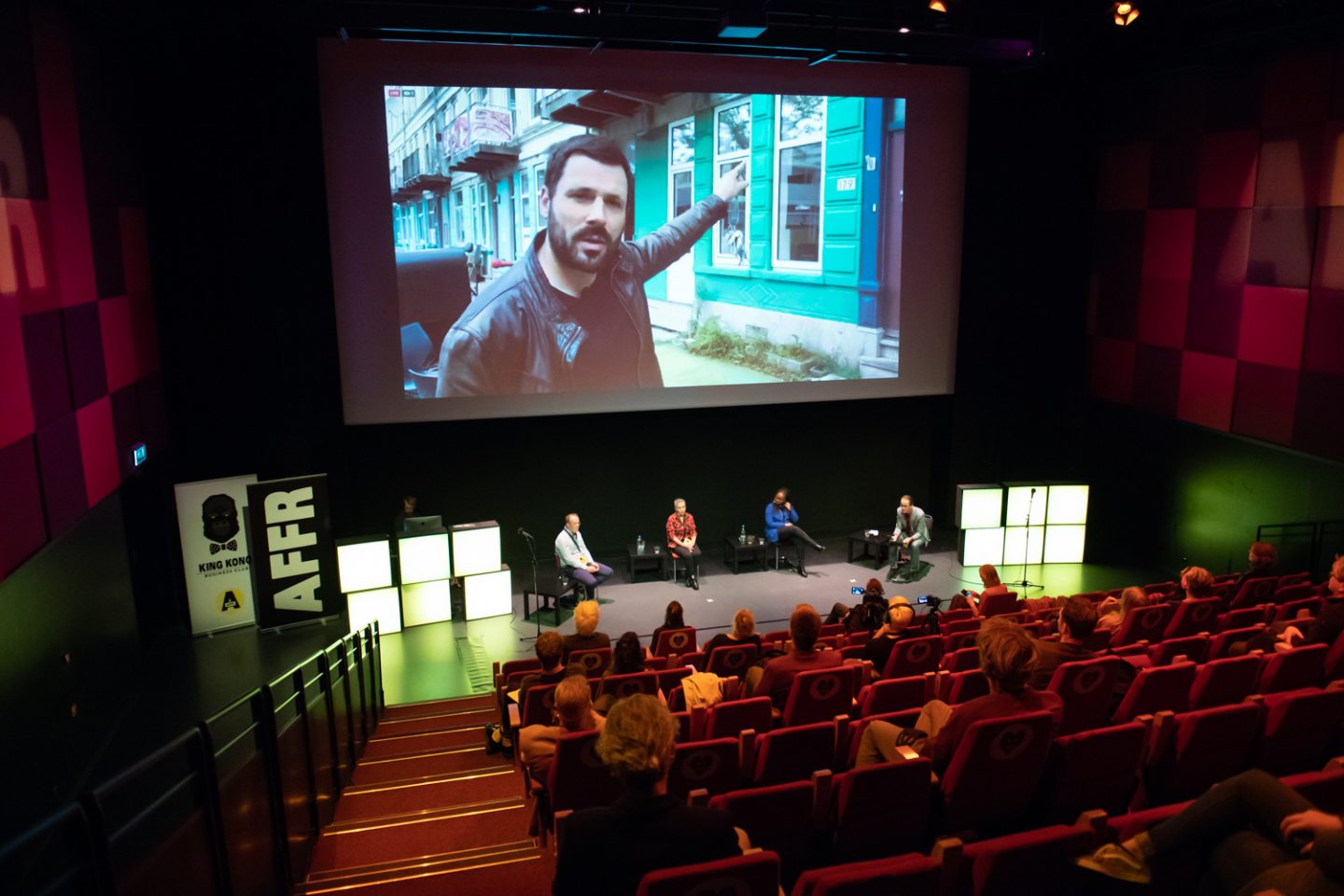 After years moving from venue to venue in Rotterdam, AFFR in 2011 eventually found a home at LantarenVenster cinema. Designed by Álvaro Siza and located on Wilhelminapier, LantarenVenster is the perfect setting for a festival about film, cities and architecture.

In 2015, AFFR expanded. With the founding of Club Fountainhead for friends and the King Kong Business Club for relations and networking, AFFR has continued to build up and maintain a loyal following. In addition, the festival has broadened in scope, with new programme elements and excursions through Rotterdam.

Each festival is organized around a theme to highlight current issues in architecture and urbanism. Themes of previous festivals were: