In The Masters this year, screenwriter and director Paula van der Oest about the importance of architectural space in film. AFFR curator Jord den Hollander will talk with her about cinema, city and architecture with the help of a variety of clips from her films. 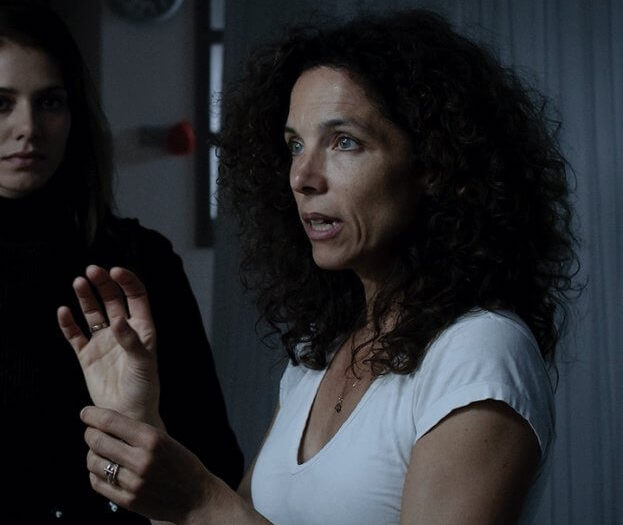 AFFR invited critically acclaimed Dutch screenwriter and director Paula van der Oest to The Masters to discuss, for the first time, the importance of architectural space in her work and the role of spatial and production design in film storytelling. In conversation with filmmaker and architect Jord den Hollander, she will talk about the interdependence of film, interior and city with the help of dozens of clips from her films. A unique evening devoted to the similarities and differences between film and architecture, in the company of an exceptional and committed filmmaker.

Paula van der Oest took advantage of the lockdown period to work on a special project that resulted in the film Love in a Bottle. This film shows how romance blossoms online between two people compelled to isolate in their separate homes in London and Amsterdam. Above all, it is the ultimate exploration of life forced to be lived out in confined spaces.

Paula van der Oest is one of the most successful and productive Dutch filmmakers of today. She gained international acknowledgement when she was nominated for an Academy Award in the category Best Foreign Film (Zus & Zo). Some of her more recent projects she has worked on as a director are the feature films Lucia de B. (2014) and Tonio (2016). Both were awarded as Dutch entries for the Oscars. With The Domino Effect, she won a Dutch ‘Gouden Kalf’ for best director. Van der Oest wrote the screenplay for the feature film De Slag om de Schelde, that won five ‘Gouden Kalveren’ in 2021.

The Masters is the series of conversations with renowned filmmakers in which AFFR explores the relationship between their work and the architectural and urban space. Previous guests were Fiona Tan, Kadir van Lohuizen and Martin Koolhoven.

Buy your tickets for The Masters: Paula van der Oest

Please note, there is a change in auditoriums for Saturday’s programme. The Masters: Paula van der Oest (21:45) will now take place in LantarenVenster Zaal 4.