Watch a selection of the most relevant films and specials online via our live stream AFFR LIVE. Buy your ticket online à € 4.50 (Club Fountainhead members watch for free) and receive an email with a confirmation of the purchased film or special at AFFR LIVE. Log in at your AFFR account and click at the listed AFFR LIVE screening. Please note AFFR LIVE streams are real time – no replay; so log in on time! 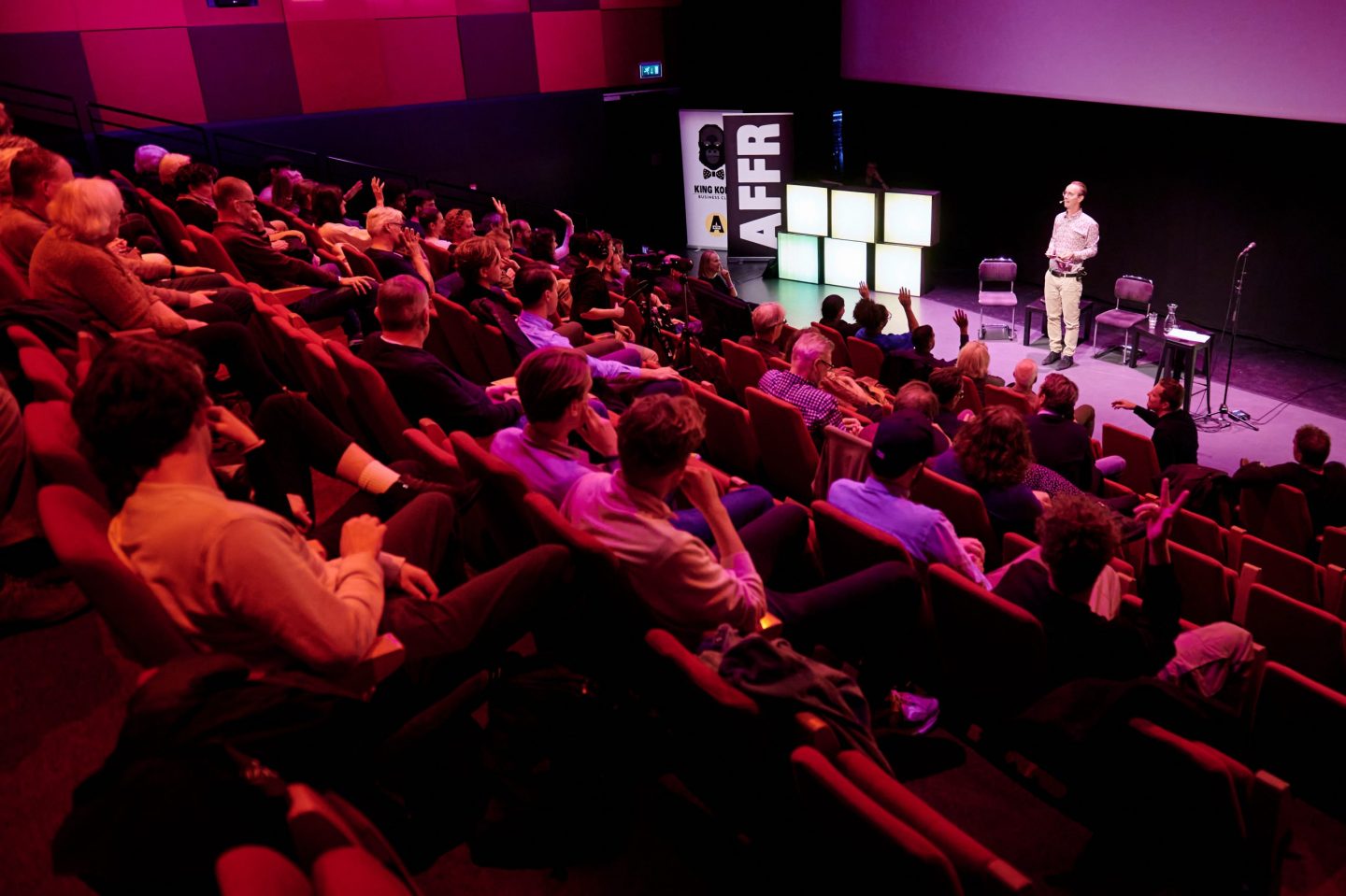 Check out the AFFR LIVE programme and buy your tickets

Already bought AFFR LIVE tickets or do you have a Club Fountainhead Pass? >> Go to your account to see your livestreams.

The special guest at AFFR 2021 is the celebrated American film expert Shekhar Deshpande. Deshpande is Professor in Media and Communication at Arcadia University in Pennsylvania. He is a co-author, with Meta Mazaj, of the landmark book World Cinema: A Critical Introduction. He is also the author of the forthcoming book, Anthology Film and World Cinema. During AFFR he will be interviewed by Dana Linssen, and draw on numerous film fragments to offer a fascinating look at the role of the window in a world that’s been shuttered for over a year.

Tomorrow 19:00
Dead Pigs
Standing right in the middle of a huge construction site is the solitary house of Candy Wang. Each day the property developers ask her to leave, sometimes offering her money, sometimes threatening her with bulldozers. She always refuses. When an American architect is called in to persuade her, the deadlock appears to be breaking. Dead Pigs is a social satire about a China where commerce threatens to swallow everything.

Check out the AFFR LIVE programme

Already bought AFFR LIVE tickets? >> Go to your account to see your livestreams.